Have you ever wondered how larger water vessels cruise through the waters with such ease? It is because of their marine propulsion systems.

The evolution of marine propulsion systems has come a long way. During ancient times, the wind helped voyagers circumnavigate vast oceans. On the other hand, small boats used human power and tools, such as paddles, to propel themselves on the water.

Today, humongous water vessels use complex propulsion systems and advanced technology for naval expeditions. Not only does it enhance the performance of the watercraft but also improves the safety of seafarers amid unpredictable waters. Continue reading this article to learn more about marine propulsion systems.

The Evolution of Propulsion System

Before the inventions of machines, people relied on human power and tools to sail through the waters. The tools early humans used were paddles and oars. Mostly, they cruised around smaller bodies of water, such as lakes.

Humans learned to use both human and wind power by combining sails and oars in their ships.

Despite the more advanced marine propulsion systems, some water vessels still use human power to propel themselves.

Boats for recreational activities, such as dinghy boats and kayaks, still use paddles. In sports, dragon boat races use the power of more or less 22 people to course through the waters.

A paddle wheel is simply a wheel with paddles. Its structure is similar to a Ferris wheel but replaces the cabins with paddleboards.

It is the early form of mechanical marine propulsion systems. Steam powers up this mechanic. But how does a paddlewheel work?

With the help of steam power, the paddlewheels rotate forwards or backwards. As it spits, the paddleboards that act as oars push against the water, producing a thrusting force.

The use of paddle wheels has ceased due to its inefficiency in unreliability in the rough waters. Modern and more efficient marine propulsion systems had replaced paddlewheels.

Turbines are rotating devices that look like a wheel with blades around the rim. Steam turbines in marine propulsion systems use a cylindrical casing as an enclosure. 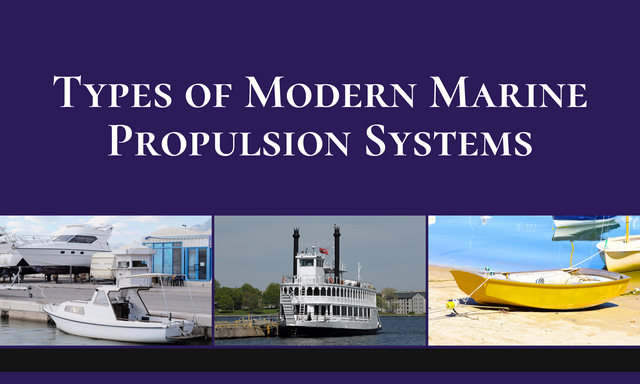 Like turbines, propellers are devices or machines with blades that form a circular or spherical appearance. Like turbines, it produces a thrusting force by spinning the propellers at high speed. The most basic example of propellers is your electric fans.

Watercraft and aircraft have propellers. Some planes have their propellers on their noses, while aircraft, such as the helicopter, have them on top.

Here are the common types of modern marine propulsion systems:

Like other marine propulsion systems, the diesel engine is connected to the propeller shaft. Once the diesel burns, the thermal energy is converted to mechanical force, causing the propellers to spin.

Both large vessels and smaller boats use this propulsion system. The diesel propulsion system has a fair share of disadvantages as well. Apart from the tremendously high price of diesel fuel, this energy is not sustainable at all. Its burned byproducts, such as plumes of thick smoke, largely contribute to the shipping industry’s carbon footprint. Additionally, the smokes contain toxins and air impurities that are bad for your health.

Before wheel paddles, ships used the wind to propel the vessels using sails. In the solar electric propulsion system, engineers use wind and solar energy to operate the watercraft.

Firstly, ships use the marine-grade solar panels installed to collect sunlight for the battery packs of the solar-powered system.

Secondly, ships use an array of rigid sails with marine-grade solar panels for wind energy.

This system and other solar-powered marine engines pioneer sustainable and environmentally-friendly marine electrification.

Diesel engines are attached to an electric generator that produces electricity, which powers up the propellers.

One of the most complex marine propulsion systems is nuclear propulsion.

One of the advantages of nuclear propulsion systems over other marine propulsion systems is that these engines do not need much re-fuelling. They are perfect for vessels that stay in the waters for long, including naval ships and submarines.

The key to finding the right propulsion system is considering several essential factors. It includes your type of vessel, cost, maintenance, and sustainability. 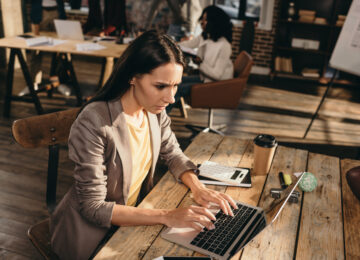 Posted by admin - April 15, 2021 0
It is interesting how people perceive the value of their employee benefits packages based on current life circumstances. For instance,… 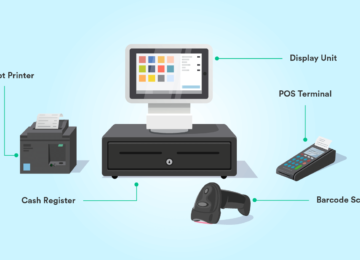 Posted by Danny White - June 22, 2022 0
As a restaurant owner, you are always looking for ways to increase sales and boost profits. One way to do…

How To Build a Connection Through Brand Packaging

Posted by Criss John - May 27, 2021 0
Impact of Brand Packaging from General Converting, Inc.

Posted by Ronnald Jessica - August 6, 2022 0
Technology has come a long way in the past few years, and it’s now being used more and more to… 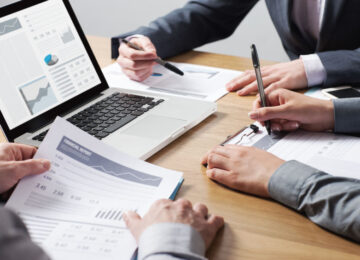 What Does a Digital Marketing Agency Do?

Posted by Criss John - July 23, 2022 0
Here’s an interesting statistic: a staggering 81 percent of customers conduct an online research prior to making a purchase decision.…